Perfumery was so developed during the Mogul era in india that the most powerful empress of the Mughal dynasty, Noor Jahan popularly known as Mehrunissa, devoted herself to perfecting it during her days of confinement after the death of her husband, emperor Jehangir.  Mohur (pronounced mə-ˈhu̇r) by niche perfume line Neela Vermeire Créations is inspired by this period and named after the golden coin minted during the Moghal and the British rule of the country. In fact, one can still see the largest mohur coin ever smithed displayed at the British Museum, a 1000 mohur from the reign of Jehangir (1605-1628).  I'm saying all this to confirm that Mohur is a regal perfume; majestic, opulent, marmoreal, founded  in powdery rose and oud, yes, but buoyed by spices (cardamom), a note of smooth suede (via saffron) and light, vegetal musk. The rosy blossom performs double duty: symbol of the territories around the Middle East, but also synonymous with the "English rose". 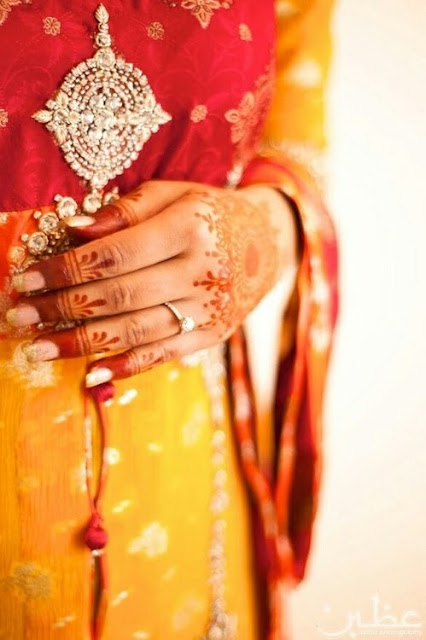 
The magnificence of Neela's Mohur lies in its surpassing and transcendence of olfactory tropes: where rose usually reads as dusty, like pot pouri, it is in Mohur elevated into jammy and lightly powdery; where oud in contemporary fragrances usually smells like Band Aids, here it is discreet and only reinforces the earthiness; and finally where the two combined would end up feeling deja vu, a classical tradition seen a hundred  times  over  thanks to every niche (and some non niche) firm of the last decade, this marriage by perfumer Bertrand Duchaufour feels neoteric. Although the composition feels radiant and classically French at moments (I was briefly reminded of the feel of the classic Madame Rochas perfume and of aubepine aldehyde, then more potently of the rose and saffron in the original Agent Provocateur eau de parfum), with a lightly soapy facet, Mohur satisfies both the lover of soft woody florals and the one who is after an orientalized take on rose. The richness of the floral accords creates the rich facade of a temple where the vibrancy of the tiles beckons you to come closer to fully experience them. The depth of the spicy and earthy notes recalls mendhi decorations on the nimble hands of Shriya Saran. And the plush is evocative of silk cushions at some old palace in Rajastan where the British find themselves mesmerized strangers to a mysterious land.

Interestingly, the dabbing method yields more of the saffron rose impression of Mohur, while the spraying method accounts for the French soapy aldehydic segment which is less detectable on dried down skin. Less predictably exotic than Trayee and Bombay Bling, but nevertheless a refined, golden fragrance for those who can appreciate the mastery of true artists. It was enough to have my rose-hesitant heart ambushed and kept captive.

Mohur is part of the original trio of fragrances issued by Neela Vermeire Créations which also includes Trayee and Bombay Bling (the fourth instalment, Ashoka, is launching soon). These Indian inspired perfumes, like Chants of India, draw upon the tradition, history and cultural milieu of that vast Eastern sub-continent in which Neela herself has roots. These are truly "transparent orientals", modern and wearable, and therefore it comes as no surprise that Neela commissioned Bertrand Duchaufour to compose them for her niche line.

Mohur is available as an Eau de Parfum 55ml (in refillable flacons), available at select stockists and on www.neelavermeire.com, where you can find a discovery set. As of mid-2013 a new parfum version of Mohur will be available as well.

Disclosure: I was sent a sample by Neela.