To come across a book referencing scents, and specific perfumes on top of that, is one of the rare and largely misunderstood pleasures of a distinct nerdo-subgroup called "fumeheads", who, like illicit drug addicts, turn to whatever can give them their daily fix of olfactory stimulation. Usually it's liquids in beautiful bottles that do it, but the more cerebral of the lot turn to written material as well. Beyond specialised perfume books, novels in which perfume stands as both a symbol and a clue can provide infinite hedone. The latest of those is Damage Control, a noir thriller by Denise Hamilton. 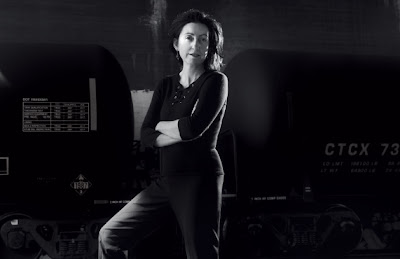 Actually, set in Los Angeles and the latest of a long tradition that dates back to James Ellroy, Hamilton's novel reads as a neon noir film would, were it originally written for the page rather than the screen. The bright light that sheds everything in the end, the ocean lapping on the desires and memories of the people who work in this city of glam & slum recall the best elements of the genre in an intoxicating and punitive cocktail of celebrity and sex.

Crime novelist and journalist Denise Hamilton is known for her crime novels and the Edgar Award winning anthologies Los Angeles Noir and Los Angeles Noir 2: The Classics.
In Damage Control everything is recounted through the first-person narrative of PR executive Maggie Silver, a middle-class woman grown up in Los Angeles with a problematic chidlhood, a cancer-striken mother to support and a mortgage to pay off, engaged in a top damage control Los Angeles firm dealing with the elite. She's also a budding "perfumista", a hobby that will come in handy by the end of the book when fragrance provides a clue. Maggie's toughtest case to date involves senator Henry Paxton, a revered statesman suspected of being involved with his young assistant, when the latter is found dead in her flat. Paxton also happens to be he father of Anabelle, Maggie's estranged best friend from high school. Immersing herself into the case, Maggie gets flooded with memories of her friendship with Anabelle, severed via an unexpected tragedy which marked both. Now that she's back on track with the Paxtons, Maggie must contain the scandal before it explodes beyond control and test the boundaries of friendship once again.

Erotic nuances and flirting with potential killers, psychological insights, ambitions that boil underneath, power struggles and the dirt of top management PR companies are woven expertly into the plot. The time shifting serves as a cubbist's vision into how things got the way they did for Maggie and Anabelle and allows for some twists that have us guessing till the end on who's been nice and who's been seriously naughty.
The writing flows breezinly, shaded with the necessary darkness of the subject, but at the same time illuminated by the courageous, everyday heroism of Maggie who puts herself in harm's way more than she might be expected to given her smarts. Maybe it's the make believe which helps her come through. How else can you explain her poignant impromptu reinvention of her childhood, right at the Paxton's table, giving her alcoholic father the protective mantle of a Hollywood ghost writer?
In some regards we're supposed to identify to some degree with Maggie, who often asks the questions we are asking ourselves pacing through the pages. The language is even poetic in parts, evocative of her feelings and images that take shape and form before our very eyes, without veering into purple.

What if she’d crossed the highway to the ocean, swimming out until she drowned? I pictured her body carried on the swell of the waves, arms spread like wings, orange crabs crawling in and out of empty eye sockets, long blond ropes of hair floating like seaweed, a million microscopic sea animals clinging to her curves, illuminating her in a phosphorescent shroud." 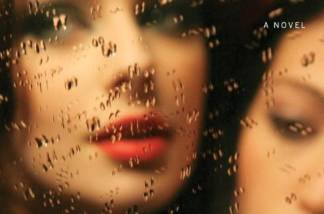 Hamilton isn't reinventing the wheel by spluttering the book plot with several scent mentions. Fictional sleuths especially, from Sherlock Holmes and the heroes of Edgar Allan Poe's short stories to modern examples (such as Ruth Rendel's The Rottweiler, where characters wear Jo Malone Tuberose, Charriol’s Tourmaline and Bobbi Brown), have been known to use all five senses to solve a crime. In Agatha Christie’s novel Mrs. McGinty’s Dead,  the murderer sprays someone else’s signature perfume in the room to make the police incriminate someone else instead. But the references by Hamilton aren't just passing snippets; they reappear throughout the plot and resonate with the perfume collector reader. Probably because Denise is actually one of us, her perfume collection accordingly taking a decent portion of her residence. That's why recherché mentions sprinkle the pages, from Serge Lutens Chergui (offered for sniffage to Anabelle by Maggie), or Dior Dune, its trail picked up by Maggie's mother, right through to the heroine's office scent Eau de Guerlain ("just a subtle scent amulet to infuse me with secret grace and power").
Witness the following telling snippet:


Le Boutique was a thrift store. Like many women I knew, I struggled to make ends meet. [...] So, frugalista that I am, I waited for sales and then splurged on basic black and good bras. [...]
At the counter , I browsed the jumble of cheap jewelry and asked to see a box of perfume. It was Chaos by Donna Karan. and smelled smoky, sweet, and spicy. I said I'd think about the 29.95$ price tag (pretty steep for the thrift store).
"Too exotic" I told the clerk as I left ten minutes later, the clothes racks having proved a disappointment.

Back at the office, I found the fragrance had dried down subtle and intriguing -a warm essence of cinnamon and cardamom, musk and lavender. It conjured Southeast Asian bazaars, aromatic oils, harems, Arabian genes emerging from lamps to grant wishes.
On impulse, I Googled it.
Chaos was discontinued and highly sought after, selling on eBay for hundreds of dollars. Sniffing my wrist again, I revised my initial opinion.  Now I could appreciate its complexity. Shallow and easily swayed, that's me. [from chapter 14]

Hamilton is forthcoming with the challenging characterisations as well, agree or disagree. PR man Bernie Saunders, drawn in darker colours, is wearing Kouros by YSL. "If Satan wore cologne in hell, it would be Kouros". Touché!

The greatest triumph of Denise Hamilton is her Damage Control simultaneously makes you want to slow down and savour it, while at the same time it keeps you on your toes into making it to the end to see what actually happened.
Damage Control [Scribner,  ISBN-10: 0743296745] is available on Amazon and in Amazon Kindle version.

In the interests of disclosure I was sent a copy by the publisher. Author's photo via Bluebird blog
*Share with link: Tuesday, December 27, 2011