Contrary to expected (as mentioned in a fragrance industry-peeping book by Chandler Burr), the French fashion house, known by the initials LV to rock many a logo-studded handbag, has reportedly acquired the services of third-generation perfumer Jacques Cavallier-Belletrud with a view to entering the scent market, as per an article appearing on WWD.
The French brand's creative director Marc Jacobs (who has his own lucrative line of fragrances, including Daisy, Daisy Eau Fresh, Lola , the Splash collection and Bang) has long expressed a wish for the company to enter the fragrance market and in June he hinted the fashion house is "working on" a perfume. His statement was: "There's no Vuitton Beaute. At this moment, there is no fragrance although we're workingon that." [source] With talks on Marc Jacobs taking the helm at Christian Dior (another company in the LVMH Group) after John Galliano's expulsion and Phoebe Philo in talks to take over Louis Vuitton, it makes for a potentially explosive cocktail. Jacques Cavallier is expected to start working in January for LV, which has not made an official statement concerning the issue yet.

According to WWD, Louis Vuitton is thought to have been investigating "rare, almost-extinct flowers in France that could be used as elements of its scent". Apart from the standard "sourcing for precious flowers in Grasse" stint that seems to go hand and parcel with every prestigious fragrance launch (even if we know that's not necessarily the case as Grasse products come from all over the world and aromachemicals overpopulate the formulae of most commercial fragrances), it would seem that the brand might be peeping into Dior's own resources in the subject. Let's not forget that Cavallier has already worked for Dior's Addict, so he's familiar with the infrastructure. 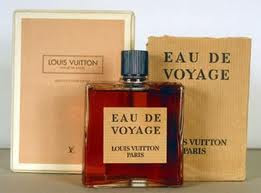 My collaborator AlbertCAN has an interesting viewpoint on this:


"To be honest it's would be interesting how Jacques Cavallier will interpret the DNA of LV, and how he will work with Demachy. (Not clear yet on their relationships, although I bet Francois Demachy [ed.note: head perfumer at Dior] will do the check and balance.) Nor is it clear whether Cavallier's contract will be exclusive. On the other hand I don't think Cavallier will rock the boat too much with the first launch, given how much pressure he will be under. (Read: LV execs won't let him.) But given the new Bottega fragrance, might LV be tempted to up to ante?"

Albert might mean that Vuitton might also tackle a leather fragrance. It would stand to reason, wouldn't it. On the other hand issuing a fragrance somewhat creates a downgrading of a luxe brand, making a product that is more or less available to a mass of consumers as opposed to an elite. After all that was the reason they were so resistant to issuing a fragrance before. However, like Hermes so successfully proved, they might reserve distribution of this product for their own boutiques instead of department stores, thus up keeping the "exclusive" experience.

Louis Vuitton has long stood for the ambassador of the idea of luxe travelling, being famous for its historical trunks and suitcases, as reinforced by their recent exotic destinations/travellers advertisements (with Sean Connery, Bono and his wife, etc.). The funny thing is however that a specimen of Eau de Voyage by Louis Vuitton, Paris, a commemoratory fragrance version that circulated in the 1980s, has already circulated on Ebay! Could this be juice waiting to be fine-tuned by Cavallier and reintroduced in some form? Could the name, since copyrighted apparently, be reused?
American online stores, curiously, have "acquired" and as of July 2011, "sold out" a Louis Vuitton fragrance "in only 200 bottles" in signature logo-branded box, advertising it as "a very sensual, tea rose type of smell that has a floral scent combo. It's absolutely awesome. It's a very soft, intimate alluring smell that will last forever. Exotic definately!" [sic] Though, I'm kinda certain we're dealing with a Chinese fake, in this case!


Expect to read more in the coming weeks and months.