"I use the word section [d'or =golden section] to describe a breakaway, a separation. This departure from a black world brings forth a bright new division. 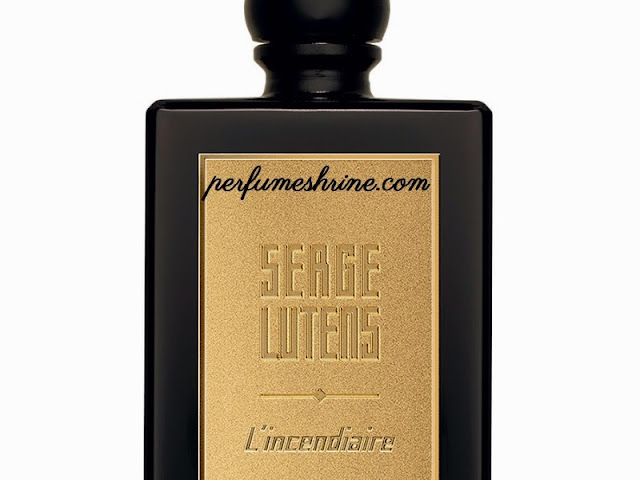 This divided version of me awakens a forgotten yet timeless image from the very first moments of my life. To the right of me, touching the edge of my shadow, in another light, it illuminates a crown, one that could belong to my other.

I am the protagonist in this story, turning my anger into passion. My aggressiveness hides my fear and mends my courage. L’incendiaire provides me with the spark I need, and by declaring my flame I ignite what burns within me, and consumes me. My heroine surges from deep within my cowardice and my flaws reveal the golden brilliance of her virtues. It is the love which sustains me in my darkest hour, even as I grieve for its loss.

Your crimes are mine, and I take them with me to the guillotine, where the executioner is waiting to cut the ruffian’s – my – story short.
But my destiny is entirely in your hands!"

This is the (familiarly cryptic) text accompanying the upcoming release of the new Serge Lutens fragrance in a separate new "line" with gold label, L'Incediaire (the arsonist, the pyromaniac), coming up soon. If you notice Lutens explains the introduction of the new line in gold labels with a few words suggesting they make a break with the black labels, bringing forth a new idea, like his "Eau" line was separate in concept than the rest.

The name L'Incediaire suggests (but isn't conclusive) of an incense-y resinous or sulfurous composition, but the actual fragrance notes include geranium, carnation, woods and incense featured prominently.

Brace yourselves for another wild ride! Priced at 600$US no less (that's the retail price of Serge Lutens L'Incendiaire)

For those who keep an eye on such things, another Serge Lutens fragrance is coming up, just released in Paris for the summer launch, this time in the oblong bottles of the more widely available "export" line, called L'Orpheline (the Orphan Girl). It is an haute concentration fragrance, meaning more concentrated than the beige label ones, belonging in the "black line". {Edited to add: I have just written a fragrance review of L'Orpheline on this link}

Lutens of course refers to Orpheus, the legendary Greek poet and prophet who charmed every being with his music and tried to retrieve his wife, Eurydice, from the dead by way of his skills, only to meet with his own death from those who could not hear his divine music…

The poetic concept of the "orphan", "fragile but whole", (shown in the video watchable above) is of course inspired by Lutens's own childhood, "of ashes" and rage, his painful memories of being raised sans mother, though the change of sex in the fragrance name suggests a Freudian transposition regarding the significance of the Father (as suggested by Lutens himself). He conflates the male with pain ("le Mâle : le mal"). 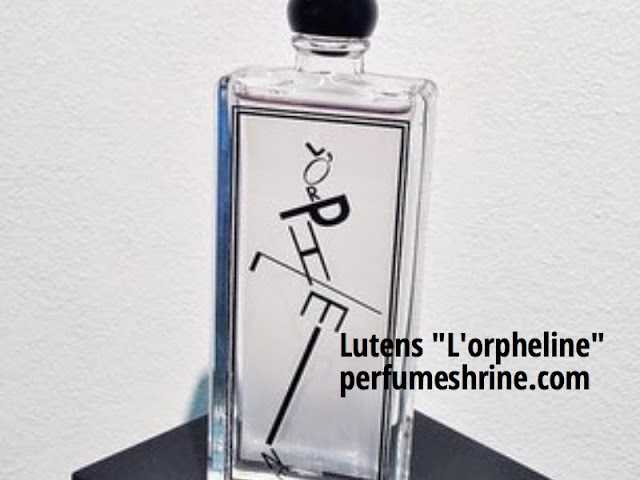 The new Lutens fragrance L'Orpheline features top notes of aldehydes, with a heart and base composed of woods (cedar prominently), a fougere accord, coumarin, "clouds of ambergris", patchouli, incense and Cashmeran ("blonde woods").
The fragrance of L'Orpheline will retail at 99 euros for 50ml, is already at the Palais Royal and eboutique and will be widely launched internationally on September 1st.
The limited edition bottle for L'Orpheline, a series of numbered bottles for collectors at a much more elevated price, is a beautiful, familiarly Lutensian design of few evocative lines, as you can see in the photo above.