White Noise Fragrances: More than Random Frequencies to Adapt to All Acoustics Conditions

Obviously the term "White Noise Fragrances" doesn't really exist; I just coined it, same as I had coined "parfums lingerie" in the past, in the hopes it catches on. The nomenclature of perfumery and -what's more, perfume use- is still in its embryo state compared to other fields of science and art, which have centuries of literature behind them, so I feel relatively safe and reckless enough (the scientific principle is proven anyway) to propose new terminology for effects we're all familiar with. Or aren't we?


Contrary to "skin scents", a term loosely used by numerous perfume aficionados to denote either a subtle scent that hover over the skin or mimics the latter's living, heaving aura, White Noise Fragrances do not attempt to appear any more "naturally occurring" than static. You can perceive them all right, they expand and detract minimally, just like an equal power signal with fixed width, always at the realm between comfort and annoyance. But contrary to the visual spectrum reference, they're not "white" as is the blaring light of some aldehydic florals, such as Chanel No.22, Lauder White Linen or the modern interpretation Tauer's Noontide Petals. Those are rays of sun eclipsing everything in their wake. These They are a constant buzz like the sound of a bubble-bee on a summer's morning; at the realm between comfort and annoyance, once again. But what we haven't quite admitted is that this can be a good thing, as it offers the experience of wearing perfume and at the same time accommodating the surrounding scenery; in a small way the definition of ωραίος in Greek, something which is in accordance (rather than discordance) to the time and place it applies, at once a broader and narrower, certainly more intelligent definition than "beautiful".

White Noise Fragrances can be exemplified by such cute little things like Cacharel's Noa and indeed it was a reader's query to fragrances similar to Noa, which put me into this thinking track and made me question just what makes such stuff oddly appealing despite their seeming lack of "character". If by character we mean an Al Pacino role where he claims the character through a spontaneous bout of angry shouting (increasignly trademarked by said actor), we're missing the mark. Fragrances such as these tend to be performing in varied degrees of histrionics, such as diva-esque tuberoses or shrill florals announcing their message from the rooftops. They do not possess the sophisticated quirk of an Elena Anaya either, the way a green chypre or a woody oriental would. Additionally, if you have always longed for your fragrance to make a statement, to be smelled as if embodying a hybrid between an object and a person, White Noise Fragrances won't appeal; they're too abstract and indeterminate. Yet they're one of the surest compliment getters; people just register them as "pleasant".
White Noise Fragrances aren't too imperceptible either, contrary to say some of the skin scents which recede and only surface when the skin is heated, such as the infamous Molecule 01 (Escentric Molecules), Narciso Rodriguez Musk for Her or Eau de Merveilles by Hermès. They're light, but they're not transparent.

No, White Noise Fragrances project at a steady, perceptible, above the skin volume which you can almost taste, but their buzz is sotto voce, unwavering, yet forceful like an inner bleeding that is pouring with no apparent source and no outlet. I just love them and frequently use them and it hadn't occurred to me till now what was the appeal besides their typical inclusiveness of various musks (smells which I adore). Now I have put my thoughts into a pattern I can see how it all makes sense. And I can propose a list of fragrances sharing those enviable qualities of Noa with all the necessary nuance to please different tastes within the genre.  White Noise Fragrances are not necessarily feminine-smelling in the traditional sense, though they're usually marketed to women, for some inexorable reason, and anyone could borrow them effortlessly. They're great for first dates, for office wearing (assuming your office doesn't have an outright ban on perfumes) or casual weekends, because even though they are detectably  fragrant they do not imprint themselves the same way as more traditional fragrant approaches do.
Though they include musk molecules in their composition (and Iso-E Super and Ambroxan most of the time), they're not tautologous with the "drugstore musk" fragrance type most are familiar with; indeed they can take a few elements of assorted accords. They also come in various price points, though they mostly abound in the mainstream market, since niche usually exalts the statement-making or the really transparent (in which case we're reverting to "skin scents").

Here you will find my suggestions. Feel free to augment the list with your own in the comments. 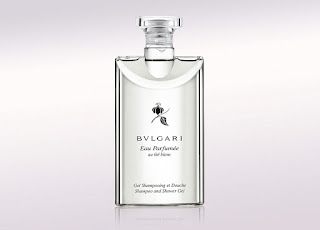 Estee Lauder Pleasures in the Garden (a limited edition trio) 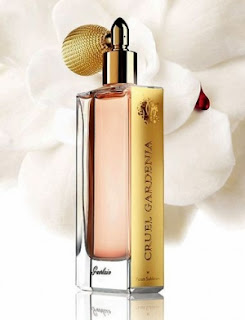 A bit harder to find but worth it 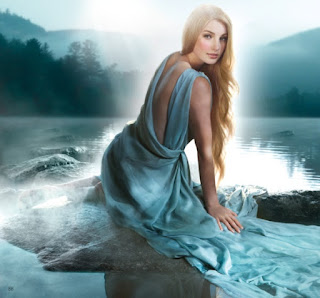