Perfume Primers: Orientals for Beginners (and not only)

Oriental fragrances draw upon the lore and mystery of the first perfumes used by man, full of materials derived from plants and tree resins, the thick and sacred unguents conceived and used in ancient Egypt, Greece and Cyprus, Mesopotamia and classical Rome. On the wall of the temple of Horos, at Edfu, perfumed mixes appear, among which the scared Kyphi, burnt in early morning and at evening. In Exodus God gives Moses instructions on how to compose a holy perfume for him and another one for his priests. The tear-shaped drops of the myrrh resin stand in Greek mythology for the tears of a girl transmuted into a tree by the gods. Leaning over my archeological notes, I'm never less than amazed by the wealth of scented concoctions used for sacred but also for purely hedonistic purposes by the ancients. 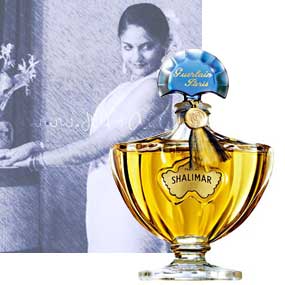 The invention of the "modern" oriental however is an olfactory trope of the late 19th century, made possible by the invention of two important synthetics: vanillin and coumarin. The coupling of ladbanum/cistus (a traditional resinous plant material from the rockrose, used since antiquity) and of vanillin produced what we refer to as the "amber" note. (You can read all the data on amber in perfumery on this link). Coumarin was synthesized from tonka beans; it has a sweetly herbaceous, cut hay scent.

The timing was crucial: The first oriental perfume to really capture the market was Guerlain's Shalimar although Coty's Emeraude is also a prime contenstant (In fact the two were launched in the same year, but Shalimar had a  legal battle with another firm, making the formula into a numerically-tagged bottle for the space of 4 years before relaunching with the original Sanskrit name).
The roaring 1920s were a decade when society in Europe was really taken with the orient. The East conjured up images of unbridled passion, exoticism, khol-eyed beauties and addictive substances. It was the time when Herman Hesse published Siddharta, the West's first glimpse of Buddhism, and F.Scott Fitzgerald The Great Gatsby, a paean to the newly established American prosperity and its pitfalls. Theda Bara had already lain the path to cinematic vamps to follow, such as Pola Negri and Clara Bow with her bloody-red dark cupid's lips immortalised on black and white vignettes, while Paul Poiret had produced his own phantoms of the harem paving the way to modern fashions. It was the time of Les Ballets Russes, set to music by Stravinsky and Poulenc with sets painted by Picasso and Georges Braque. In short Orient was meeting Occident at the seams.

Historically modern oriental fragrances are roughly divided in two groups in terms of their formula: those that are based on the "ambreine" accord and those based on the "mellis" accord. An "accord" is an harmonious blend of fragrant materials that are smelled together, like a musical chord, producing a seamless, unified impression, something more than the sum of their parts. It's very useful for the perfumer to have at the ready a few thought-out harmonies as a building block for the composition they're working on.

NB. Please note the "ambreine accord" is NOT to be confused with the ambrein molecule, i.e. the chief scent element of "ambergris", the material produced by sperm whales found floating in the ocean. [Refer to this link for details on ambergris.] Interestingly enough the ambrein used in perfumery is extracted from purified labdanum [1], hence the confusion between the scents of amber and ambergris for many people.

The "mellis accord" on the other hand is constructed through the tension between benzyl salicylate (a compound with a faint sweet-floral-veering-into-musky scent, often included in "beach/suntan lotion" smells), patchouli (essence of exotic patchouli leaves), spicy clove (via eugenol) and lily of the valley (traditionally via the aromachemical hydroxycitronellal). This is boosted with other spices (notably cinnamon), woody notes and coumarin (a crystal derived from tonka beans).
Perfumes composed around the mellis accord include Estee Lauder Youth Dew, Taby by Dana, Yves Saint Laurent Opium, Krizia Teatro alla Scalla and Coco by Chanel. Perfume professionals refer to this group as "mellis" perfumes, but since this is difficult to communicate to the consumer, and because the eugenol (sometimes communicated as clove and sometimes as carnation) and cinnamon give a spicy tonality, these oriental perfumes are classified into a sub-genre called "spicy orientals".

To the above "accords" other elements can be added to further emphasize the exotic and warm character of the composition. These include more ambery notes (based on labdanum), sweetly balsamic notes (utilizing materials such as benzoin, opoponax and Tolu balsam) as well as castoreum (another pungent animal-derived note, this time from beavers) and rose & other flowers' (jasmine etc) essences. 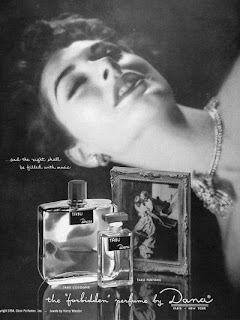 These are historically important olfactory harmonies that have resulted in classics and some modern classics. The combination of two accords within the same formula or the invention of new accords coupled with the previously used ones is producing novel experiences and pushes perfumery forward. This is how perfumers have come up with new sub-categories within the oriental family of fragrances, such as the gourmand perfumes etc. But we will tackle those in an upcoming perfume primer.