Who are we Wearing Perfume for, really? 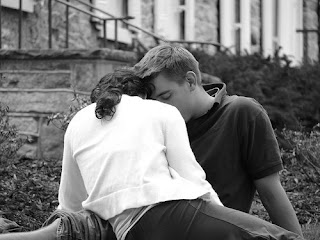 The above question often crops on perfume discussion fora, on which lovers of fragrances often give the resounding answer "for myself". While I can very well understand and embrace this achillean confidence which aficionados display, I have come to think of it in depth and postulate that there is a grain of self-persuasion in this. How much does perception -both quantitative and qualitative- of a fragrance by our entourage affects our decisions really?

First of all there is the easier factor of the two: quantity. No one wants to go overboard and overapply fragrance. The effect is generally considered repulsive instead of attractive and lately in cubicle-space environments it has started taking a very tangible turn for a perfume anti-mania. Reading on Bella Sugar, I came across this post in which the writer contemplates how her own habit of wearing Angel might be perceived after a smelly incident of another passenger on the commute.
What was most interesting was reading the comments of readers. One of them states:

"I wear what I like, the only person I may sometimes try to please is my boyfriend".

In a way this is almost the nullification of the usual statement that we only wear something for ourselves! Because only too often our other half might not agree with our perfume choices. There is also the desire to please that significant other, thus opting to wear something for their sake or shunning something due to their dislike towards it.
Another declares:

"I wear what I like...I don't think I ever overdo it either".

This is also loaded of the consiousness that applying a little more liberally might offend, which is to be avoided. How far that is from shunning an odour as well as the amount of odour we choose to emit?
This statement is also quite revealing:

"Everyone seems to get offended or in an uproar about something these days. So I just wear what I like and do not care. I would rather smell a nice perfume on a person than their own scent after a day's work."

The persecution mania after perfume wearers has piqued the interest of Perfume Shrine before, when a real incident in Canada gave us food for thought. In a streak of rebellion against too much political correctness one might be tempted to purposely do their own thing regardless.
Additionally:

"When I wear scents its purely for the thought of making me feel good and clean and feminine. If it depended on anybody else I wouldn't wear it. I could care less about luring someone in with womanly wiles, scents, whatever."

Please note the semiotics of "good", "clean", "feminine": perfume has a very demanding task to perform! Besides, although "clean" is a more or less objective term and "feel good" is perceived by the wearer -somewhat dependent on the other attributes, one feels- the term "feminine" is filled with nuance. By its nature it is defined through comparison and juxtaposition. It's not "female", but "feminine" ~who defines what is and what is not feminine?


On Beaut.ie blog, I came across another question: whether one influences one's partner in beauty and scent choice decisions. It is another very valid consideration! One does shape the preferences of one's significant other to some degree at least. Or the old adage if one didn't click with another, the two wouldn't be together applies.

Last but not least on the list of references, on Makeupalley member Winterwheat posted a fascinating quote about whether or not to wear perfume on a job interview:

Perception and stereotypes are everything, it seems!

The matter of perfume acting as a powerful attraction amulet is rampant in folklore as well as modern pop culture. It is the most common question in discussion fora and emails. Whether there is any truth to it or not is matter for another article and it merits a lengthy discussion at that. The fact that it is accepted and thought upon by so many, however, indicates that there is a prevalent desire to subtly manipulate one’s milieu or sexual prey through the power of olfaction. 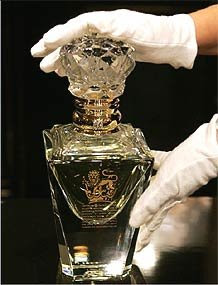 Every time we reach for something that has a perceived vibe of “old money” or being artsy we are responding to a need to assert our pedigree and good taste. When we reach for something warm, soft and cuddly we are transmitting our deeper need to be treated with tenderness and care. On those occassions when we pick the dynamo that will get us noticed across a room, we are not only secretly admitting a weakness to ourselves but tough it out through a means that is known only to us but perceptible to all. When we choose to wear something “hip”, we are secretly reverting to our high school uniform becoming a “me too” entity that is accepted for its integration capability. And last but not least, at those instants when we go for the weird and the antisocial we are marking our individual territory much like a feline who is segregating his area of dominance.

On another plane, we are also influenced by choices made for us through osmosis. There is something about peer pressue as well as its complete antithesis: differentiation among peers. They are both sides of the same coin, really: the axis is that in both cases the point of departure is the Other ~compliance or rebellion in relation to someone else.

So what is my point? That true, completely self-taken, insular decision on anything that has to do with taste is a rare thing. Almost like snow in August; even rarer, like a miracle by the Madonna of Lourdes.
The opinions we have heard, the compliments we received or the detractors we have endured, the memories we have of certain smells (and most importantly the sensory/sentimental value we have put upon them depending on the latter being pleasant or unpleasant), our eco-awareness or lack thereof, even our political decisions having to do with who we would like to give our money to, they all shape us. They all contribute in what we choose in the end.

So my theory goes than even if we love the smell of something as non-perfume-related as woodfire, this is not a pre-shaped gene that was passed on to us, nor a spontaneous decision that arose out of the blue, but a formative experience that has resulted in the manifestation of a specific sensibility.
In the words of John Donne: "No man is an island, entire of itself; every man is a piece of the Continent, a part of the main" (Meditation XVII). And no woman either, says Perfume Shrine.