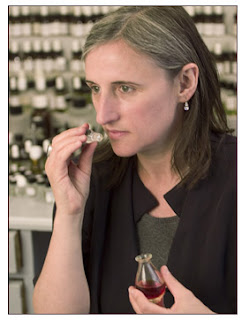 Through the course of history, men have left a more prominent relief on the gauze that seperates present from past deeds. Even the term "history" is arguably problematic, a priori denoting a heightened importance to gender.
Expanding this thought into the realm of art and more specifically perfumery, it is easy to see that the emblematic fragrances of modern perfumery have been mostly conceived and composed by men, with the notable exceptions of pioneers Germaine Cellier (nose behind Vent Vert, Fracas, Bandit and Jolie Madame, among others) or Joséphine Catapano (the true creator of Youth Dew, despite tales to the contrary). Later on of course women took the reins and composed many interesting fragrances. I was inspired to think on those matters for today's post by the very interesting interviews of women perfumers hosted by Osmoz, which brought many facets of le métier into focus.

Before proceeding, however, one has to think about art by women: Is it any different in its structure and message than men's? And more importantly, should it be and why/why not? Is there some substance into the differentiation of feminine vs masculine produced Art?

In my opinion, which I had the chance to find out is also shared by Václav Havel, leader writer of the Velvet Revolution, it should not and should it do it ultimately becomes inferior Art. Because appreciation should focus on the content and not the creator it does not, in my opinion, make a lot of difference whether the artist is a woman or a man. I am personally no more lenient to art created by women and/or for women than I am with the equivalent by men (interestingly, you never see that latter advertised as addressing mainly men, do you?) This might explain why I do not generally read chic lit (the term is mirth-producing), but perhaps this is besides the point.

To revert to our question: Does a fragrance created by a woman reverberate into some subconsious desire and need di femina that is mostly incommunicado to men? Do women perfumers hold the secret to what other women desire in this most effervescent of arts?

Dutch-Canadian Ineke Rühland, founder of the INEKE line, is adamant on that point: "I honestly don’t see gender as being a major influence on my work", seguing to elaborate that the only difference is in her creating process for masculine fragrance ~she envisions how she would like men to smell rather than guessing how they themselves want to smell like. Clara Molloy of Memo fragrances agrees:

"I think it’s quite difficult to assign a gender to fragrances, characters,behaviors…It’s a very cultural thing. When you’re very sensitive, even the weather can influence you. Putting on a fragrance is an infinitely precious, delicate and intimate gesture that implies taking one’s time, letting oneself go, being gentle and languorous. Which can all be considered masculine too… "

On the other hand, Annie Byzantian of Firmenich, the creator of mega-blockbuster Aqua di Gio and co-author of Pleasures and Safari pour Homme, disagrees. To her, in contrast with the afore mentioned creators, being a woman plays a role in interpreting the goal of any given fragrance creation.

Perhaps the common thread running through the fabric of those artists' thinking process when creating is the importance of emotion.

Sarah Horowitz Thran of Creative Scentualisation brings the multi-sensory experience to the table, focusing on the inherent acceptance of sensuality in girls growing up. Indeed little boys are not as encouraged or condoned in their exploration of the sensual world, at least in my experience. I was especially interested by Sarah's comment that this appreciation and inspiration by the natural world has been heightened ever since becoming a mother: this is a true differentiation between women and men and as such it poses its own fascinating little questions.

Isabelle Doyen, resident nose at Annick Goutal and creator of 3 Les Nez perfumes, places highest importance to the creative effort above other things. In contrast to Nathalie Larson (who prefers soft, rounded compositions, often with rosy-woody accord, more traditionally feminine), Isabelle goes for the shorter formulae. They instigate a certain idea in no uncertain terms right from the start and thus she describes this effect as "a little brutal". Of course, anyone familiar with the Annick Goutal line might take this last bit in a less literal sense. Nevertheless I deduce that what Isabelle means is that she strives for a clear, hard-hitting vision that is immediately perceptible without roundabouts and frilly details. Quick to admit her own admiration for colleagues' oeuvre however she mentions the infamous Mousse de Saxe base used in the Caron fragrances by laboratoires Laire, but shuns the sensibility of most men's fougère scents. In this instance we could argue that her feminine disposition is showing through.

One of the most illuminating comments was made by Nathalie Larson, creator of Bulgari Pour Femme, Encre Noir and Perles by Lalique as well as Kate Moss:

"as a woman, some brands’ images suit me better than others"

This is something that has to do with the prevalent objectification of women in many mainstream brands that capitalize on a raw sexuality for the sake of shock-value; but also, I surmise, with the concern about brands projecting images that could be safely emulated by women instead of unrealistic ideals of men-imagined archetypes. 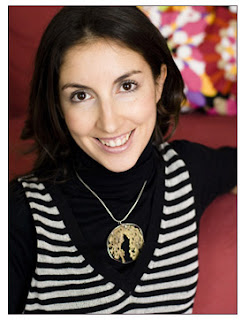 It is also interesting to note that when asked to name some of the fragrances that have made an indelible impression on them and which they would have liked to have created themselves, the choices named are composed by male perfumers. But to round out things, ending on the same note as we began, that might have to do with men gaining recognition more easily than women in the past anyway.

For two interviews with women perfumers on Perfume Shrine click here for Anya McCoy and here for Vero Kern.


I would be very interested to hear your thoughts on those questions posed.