War of the Worlds: naturals vs synthetics 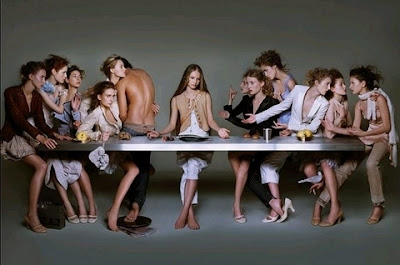 The first half of my title today, which alludes to the famous H.G.Wells novel, is perhaps implying polemics of a greater magnitude. Still, it is hardly a small-scale issue.
Over the last decade a shocking realization dawned in the minds of most people. Ours was a polluted world, a world of decay and man-made confusion. A world in which Man had distanced himself from Nature.
The 90’s saw a growing concern about the environment, animal rights, the resources still available and the reversion to a way of life that would be purer and cleaner. Organic food, fair trade and a return to traditional techniques entered our vocabularies and our lives. Perfume was just one part of the equation that would go with the flow. Or would it?

Perfumes of yore have been changing their formulae over the past 2 decades at least (in many cases many more) substituting ingredients of a dubious origin with newer ones, usually of a synthetic nature.
The use of synthetic molecules is nothing new, of course. Jicky was the precursor of the modern perfume with its use of not one, but three synthetics (linalool, isolated from rosewood for the first time; coumarin isolated from the tonka bean; and vanillin of course) in 1889. Its success brought about the modernization of perfume as an art form and a new era dawned. Chanel #5 was the other great classic to make use of the aldehydic aroma-chemical family. In some cases it was necessity on the creative side that prompted the innovation brought by certain chemical molecules; gardenia or lily of the valley scents have to be created some other way, because the flower does not yield a satisfactory essence for perfumery. Milk is a note recreated in lactone, because it seemed like a nice, ground breaking idea at some point to include such a note in a composition.

Cut into today. The scarcity of certain ingredients, such as natural ambergris for example or the soon to be depleted natural sandalwood from India, as well as the ethical questions raised concerning the use of others still, such as the deer musk secretion and that of natural civet, have been only one of the factors that directed a new approach. The new guidelines of the European Union/IFRA and of the FDA dictated a substitution of ingredients which would pose a risk of allergic reactions or toxicity. Oakmoss is among them. So is birch tar and coumarin. Reasons of stability, longevity, unlimited possibilities and consistency also come into play for companies.
The issue is complex and companies rarely admit to the change for their own reasons, giving a rise to angered voices complaining of a cheapening of the formula (voices which are not always that educated themselves, I am afraid).
New launches have been proportionately bigger in synthetic ingredients than natural ones, of course. There are even perfumes composed entirely of synthetic ingredients, prompting Chandler Burr in his Synthetic No.5 article in the New York Times (Face, Aug.27) to hint that one very popular perfume is made so and the company is not letting him reveal the name because of the huge prejudice against synthetics in consumers’ minds.

Although I agree with his points made before that, namely that synthetics are expensive as well (sometimes even more so than naturals) and that the notion that natural equates safe while synthetic equates dangerous is not entirely true, I have to point out that this might explain the ignorance of an average consumer, but it does not stand up to a perfume lover’s scrutiny. And this is what Perfume Shrine is always striving to accomplish completely independently and non-strings-attached.

“Creating a perfume without them [synthetics] is like painting a picture without blues or reds. You could do it, but why?”

Personally I find this rather irrational. The spectrum is composed of 7 colours in the visible
end, which would make us think that therefore synthetics amount to 2/7 of the
total of possible smells. And yet, there are thousands of smells not yet experienced! A never ending journey into the compounds that make up our world and the worlds farther off in the cosmos. The human nose knows no boundaries in this quest. So it would be a little presumptuous to declare that synthetics, man-made substances, have the ability to encompass almost 30% of all smells.

The following quote is also a bit over the edge to me:

“every great scent, from Armani to Gaultier to Lauren, is built on them [synthetics]”.

Not to dwell on the fact that the afore-mentioned houses have not produced that many great scents (because that might be just my personal opinion), but to imply that only the use of synthetics accounts for the production of a great scent rules out centuries of masterpieces that have been maybe lost on us.

There is another prejudice, I am afraid; that one is on the part of perfume experts ~and non-experts alike~ regarding natural perfumers. Some aromatherapists started blending simple perfumes from essential oils about a decade or so back. Those of course were not proper perfumes but alloys for the enhancement of an experience in a spa or meditation. Then, Mandy Aftel wrote Essence and Alchemy which spawned the interest in natural perfumes. Natural perfumers are not aromatherapists, who use aromas for their beneficial use on the mind and body. They just like the aesthetics of natural ingredients and have a greater appreciation of nature’s complexity. They use concretes and absolutes that aromatherapists don't use, not to mention that they study classical perfume structure. Seems pretty valid to me. The main objection of perfume experts has always been that it would be difficult to manipulate natural essences, because they can be multi-nuanced and changing from batch to batch, and to coax them to comply with the given objective in the creative process. Natural perfumery has only got to prove that it can and the proof would be in the pudding, so to speak.

To cut a long story short, the issue is not easily resolved and there should be no aphorism uttered about either naturals or synthetics in my mind.
In the interests of keeping things on a balance however I have embarked on the appreciation of certain natural perfumes, three of which produced by Anya’s Garden I will go on to review shortly. So stay tuned!