The Jewels of Mumtaz Mahal: a Guerlain Exhibition

A meeting between Laurent Baillot (President & General Director at Guerlain) and Vinita Jain (an aficionado and collector of Mughal jewelry, an entrepreneur and part of the family possessing the Darjeeling plantations at the slopes of the Himalaya) during the shooting of the Shalimar perfume commercial in India resulted in an exhibition that is currently being shown at the flagship boutique of Guerlain between 3rd September and 14th November 2014.
Their common passion for the Taj Mahal is the trigger that brings us The Jewels of Mumtaz Mahal, the love story of whom is enshrined in the famous Guerlain parfum phare, Shalimar, commemorating the gardens in which she took promenades with her husband Shah Jahan. 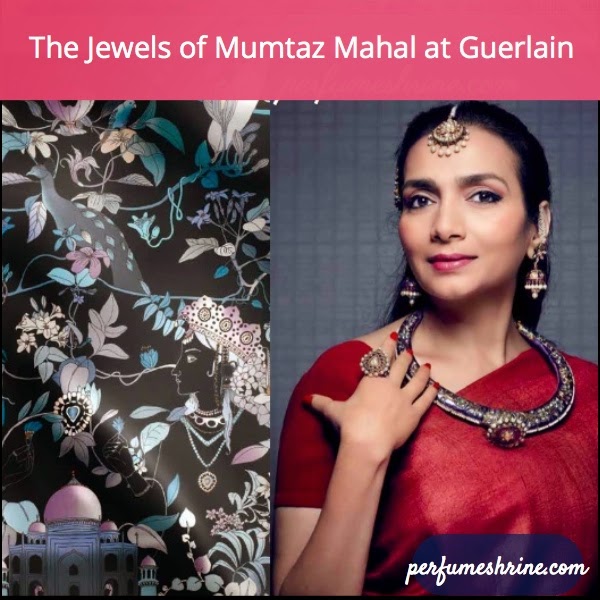 But the image of the great beauty, Mumtaz Mahal, doesn't correspond to the favorite wife of the most mighty ruler of Asia, the contemporary of Louis XIII. She accompanied her husband during his travels and visits to the utmost posts of his empire and even to his military campaigns! And it's during one of the latter that she died, giving birth to her 14th child.

The three spectacular jewels of Mumtaz Mahal that Vinita possesses (a necklace torque, a "secret" ring and a headpiece jewel)  became the focus of the exhibition that Guerlain's president is all too proud to present today. Three months worth to admire the jewels worn 400 years ago, worthy of A 1001 Nights.