The Quest for the Perfect Vanilla Perfume (Vanilla Series)

In moments of mental inertia, I tried to note down every vanilla fragrance out there and then critically assess it. A task as easy as climbing Mount Kilimanjaro with bare hands and feet clad in Louboutins. There are virtually thousands of perfumes (not to mention body products) with a predominant vanilla impression, all vying for the "best vanilla fragrance in the market". And it became especially difficult taking into account that vanilla -like rose- is one of those fragrance notes that tend to leave me with a "huh, is this all there is to it" face; no doubt due to saturation of the market, unidentified traumatic experiences buried into my deep unconscious and the fact that I don't like "easy" things. And vanilla, no matter how you slice it, is "easy". 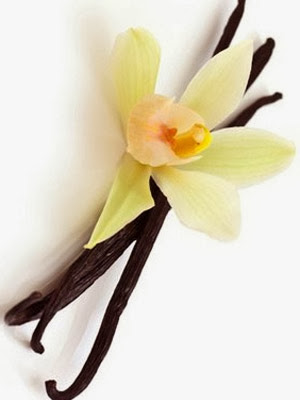 Easy in the sense that it is comforting, it provides cushioning, insulation from the cruel cold world, a retreat to the womb and the primal joys of breast milk and sustenance. Breast milk is indeed lightly vanillic, sweetish in nature (don't ask how I know) and it's no accident that baby food (as well as many baby care products) are lightly flavored and/or scented with vanilla scent, nor that men are, allegedly, attracted to the scent of vanilla acting as an aphrodisiac. (It's best not to dwell too much on what Oedipal complications such an assertion would imply in Freudian terms.)
According to the Australian Orchid Society, "Old Totonac lore has it that Xanat, the young daughter of the Mexican fertility goddess, loved a Totonac youth. Unable to marry him due to her divine nature, she transformed herself into a plant that would provide pleasure and happiness – that plant was the Vanilla vine. This reputation was much enhanced in 1762 when a German study found that a medication based on vanilla extract cured impotence — all 342 smiling subjects claimed they were cured."
Of course one would have to go for organic, natural vanilla extract for that, surely (not to mention that raw beef meat was also considered an aphrodisiac for men in the early 20th century and let's see how many listeria cases there were because of it), but that never stopped the advertising machine from claiming claims they can't support. Personally I have yet to find the man who is mesmerized by pure unadulterated vanilla. It's believe it's just a component with familiarity value to them when picked in a blend; would you have expected them to recognize vetiver, saffron, Ambroxan or ylang ylang? I didn't think so...

Vanilla's appeal is actually much simpler than all that: it's a mental connection with a time when we felt nurtured. Or rather vanillin is. But let's take things at the top.

Vanillin is not exactly vanilla, as it lacks the depth and richness of "real vanilla" (Vanilla planifolia). This simple molecule, and ethyl vanillin as well, are routinely produced not from the vanilla orchid (an exotic plant that bears dark, blackish pods that when sliced yield their aromatic essence, rich in -yes- vanillin) but from lignin (a byproduct of the wood pulp industry) or from guaiacol. The form that vanillin is routinely presented in commercially is whitish crystals available for baking at the aisles of supermarkets across Europe or diluted into a carrier liquid in the USA. Scents that highlight vanilla can be simple, foodie stuff focusing on, exactly, baking vanilla (i.e. vanillin) which brings on memories of baking with mum, or they can be much more complex affairs where boozy notes reminiscent of rum or whiskey appear and regress at times. Vanilla perfumes can even lean tropical, with floral facets that recall coconut and sweet nectarous leis to the point you can hear the tam-tams in the background. There are perverse, marine vanillas, outré and left field, and there are anisic or spicy vanillas which are not as wholesome as the butter cookies you baked with your grandmother. In short, there are as many variations on vanilla as there are in...well,  there aren't that many variations in vanilla sex, but you know what I mean.

So here begins a guide into the Top Vanilla Fragrances, which will take the form of a Perfume Shrine series, so as to tackle each and every category, therefore making it easier to pinpoint just what you like and hopefully branch out a bit more. While there we will question received wisdom, dispel some common myths and re-ascertain truths where they may be.
It did take me a while to arrive at the selection, so you won't find everything under the sun in those posts, but if you have a suggestion that you consider particularly good to miss, please add it in the comments below. If you stumbled on this post through Google and want to read about Vanilla Perfume Recommendations, please click on the Vanilla Series tab here.