We tend to view mothers as the primary caregivers in the family (and they usually are), but the role of the father is perhaps even more pivotal taking things into the long shot: for little boys he's their superhero, their early model and their mischievous truant collaborator (and what greatest sharing is there but partaking in guilt?); for little girls he's their harbor, their prototype, the man who teaches them how to love men for the rest of their lives, their perennial confidence boost. A loving father goes a long way and simple things, like the memory of their aura, their warmth, their grooming routine in front of the mirror, is the fascination of many a wide-eyed child for a reason. 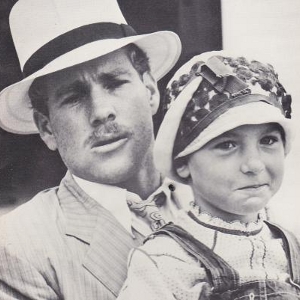 My own beloved father used to wear the original, leathery Trussardi Uomo fragrance in that black-croc dressed bottle that looked like a million bucks and smelled as solid as a Roman temple pillar. You could lean on this elegant man's graceful frame, physical and mental both, and his scent only served to ascertain that. His prolonged flirt with Xeryus (Givenchy) or Habit Rouge (Guerlain) and his love of citruses only revealed other facets of his artistic personality. Dad's fragrances, more than my mother's which were constant love affairs, became snapshots of certain periods in his life and they continue to fascinate me with their mercurial nature and the way he plays with them. 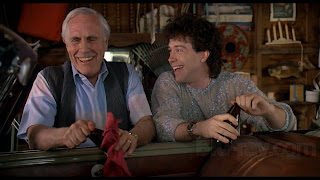 Caron Pour Un Homme: The trusty tryst of vanilla and lavender produced this classic of classics many moons ago (but still very relevant). Cuddly and freshly scrubbed at the same time, it was Serge Gainsbourg's favorite, a controversial dad if there ever was one.

Dior Homme: A fragrance that defies the odds and sets its own rules with a note of iris that feels like the coolness of body talc. For modern dads who appreciate subtlety, elegance, a hint of sweetness.

Aramis Aramis 900: The masculine equivalent of the ultra-mossy, forest-fresh Aromatics Elixir (Clinique) for women, it is nothing short but distinctive, powerful, enveloping, captivating.

Hermes Equipage: A more conservative choice for dyed in the wool classicists who know best. The pairing of the spicy carnation amidst warm citrus and deep, earthy notes makes for a fragrance to be noticed.

Hermes Terre d'Hermes: The best-selling cologne for men since its creation some years ago, it's up there for a reason. A flinty-earthy impression under the exhilarating scent of bergamot citrus, it's super fresh and at the same time super lasting.

Yves Saint Laurent Rive Gauche pour Homme: The classic grooming scent of the barbershop, all soap and cologne and inedible scents, becomes an interpretation for a contemporary man with an eye to detail.

Viktor & Rolf Spicebomb: A liquid confectionary, a sweet tobacco & rum fantasy fragrance for dads with a sweet tooth. Among the better masculine releases in the last few seasons. 
A little harder to track, but very worthwhile:

Aqua di Parma Blue Mediterraneo Myrto di Panarea: A new take on luminosity, removed from the usual fern-like fragrance "notes" or of sea-evoking fragrances, it takes the unusual scent of the myrtle tree, poised between oleaginous and spicy fresh, to hint at a Mediterranean escapade. For easy-going, casual style dads.

Les Parfums de Rosine Rose d'Homme: When rose gets bastardized via deep, leafy notes of pungent patchouli the result is a surprising elegance that is all its own. A little daring.

Hermessence Poivre Samarkande (Hermes boutique & online exclusive): Freshness in the form of a peppery scent? Yes, indeed. The spiciness is bracing but refreshing at the same time, like a lightning in the sky bringing eagerly anticipated rain.

Chanel Les Exclusifs Sycomore (Chanel boutique & online exclusive): If you like the smell of vetiver root (an eastern grass with a potently cooling, green like freshly turned earth aroma) Sycomore is among its most beautiful representations, with a hint of smoke and a touch of cocoa dust. Even if your dad isn't that handsome to begin with, he will seem incredibly so when wearing this.

Penhaligon's Castile: Sometimes you want him to smell clean, you know? Like you're again a child nuzzling at your freshly showered dad's neck. Castile is based on orange blossom and imparts a soapy, lathered feeling.

Tauer Perfumes L'Air du Desert Marocain: Dads with an adventurous, hippy disposition will appreciate this orientalized, resinous, mystical fragrance based on ancient rites of incense. Sumptuous, dry and unlike anything else.

Guerlain Mouchoir de Monsieur: If you like the idea of Caron pour un Homme (a sweetish, cuddly lavender), but want to go more unusual, opt for this one. It has a background ambience constructed by a note that used to come from an animal source (but is now ethically recreated in the lab), namely civet, which gives a lived-in sexiness underneath the proper gentleman atop. It used to be the favorite scent of King Carlos of Spain, if that says anything.

Editions de Parfums Frederic Malle Angeliques sous la Pluie: Cool, vibrant, melancholic sometimes, with a note of gin and tonic. A very refined choice for introspective dads who don't wear their hearts on their sleeves; he will say all he has to say through deeds.

Whatever you do this coming Father's Day, don't forget to honor the most important thing: his love for you and the love you have for him. And if you're further apart, it's never too late to forgive and forget and build those bridges anew. 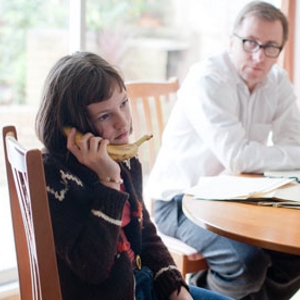 Bonus (mental) points to anyone who recognizes the film stills in this post ;-)