The upcoming Lutens fragrance which I have been in the lucky position to confirm about before its official announcement is called Une Voix Noire (a black voice) and is reprising a few of the master's favorite themes: darkness in name and mood, homage to mythical personalities, narcotic effects.... 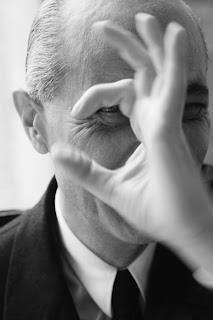 Une Voix Noire is Serge's homage to Billie Holiday, the doomed blues singer with the penchant for gardenia which he used to put in her hair (indeed lots of photographs of the singer show her sporting blossoms on her dark hair). And true to form Lutens choose this white flower in all its heavy, ripe glory to represent his idea of darkness against the whiteness of its petals. After his forway into carnation with Vitriol d'Oeillet, the master reprises flowers, giving them his unique touch, hopefully much like he did with Tubéreuse Criminelle and Un Lys.
Following in the footsteps of the discontinued but revered Velvet Gardenia by Tom Ford, with its mouldy, wet, mushroom-like ripe ambience, could the Lutens gardenia Une Voix Noire be the next gardenia perfume to make a dramatic entrance in the cosmos of the perfume cognoscenti?

Une Voix Noire will be presented in Paris on June 1st 2012 at Les Palais du Salon Royal in Paris, France. From then on it will be available commercially in the Paris exclusives line in the bell jars this summer.