O wonder!
How many goodly creatures are there here! How beauteous mankind is! O brave new world! That has such people in it!
~ Miranda in Shakespeare's “The Tempest”, Act V, Scene I

I want God, I want poetry,
I want danger, I want freedom,
I want goodness, I want sin.
~Aldous Huxley 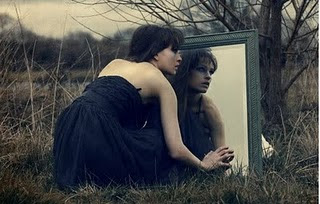 The time has come again for a collective project uniting several perfumers and bloggers, who will explore new horizons in their quest for accomplished fragrances through innovative natural means.
In the Brave New Scents project, the Natural Perfumers Guild are likened to the members of Huxley’s novel. Like the starring characters in the novel, these brave new perfumers go against the grain and out of bounds, thwarting the ever-expanding regulatory nanny state in order to showcase aromatic extraction feats and use 21st Century aromatics that are not necessarily condoned in mainstream perfume society. Some of the brave new perfumers throw convention to the wind and blend perfumes that showcase their skill extracting scent from previously non-commercial plants, flowers, and substances. Others use the palette of newly-available essential oils, concretes, absolutes and CO2 aromatics; sometimes blending in their own artisan extractions, be they infusions, tinctures or distillations.

The Guild perfumers were provided with an extensive list of 100+ 21st Century aromatics, which was compiled by Guild President Anya McCoy and Guild Manager Elise Pearlstine. They recognized that before the year 2000, most artisan perfumers purchased their natural aromatics from aromatherapy suppliers. These suppliers did not carry many absolutes, and some aromatics available to the mainstream perfumers were not known, or available, to them. Suppliers for mainstream perfume houses did not carry many, if any, aromatics from India, such as jasmine sambac, lotus, champaca and other tropical scents.
Now a bounty of newly-available delightful absolutes such as aglaia flower, boronia, ambergris and many more are at their disposal. Newly-conceptualized and extracted aromatic wonders such as lilac flower and the amazing world of CO2 and SCO2 extractions are now available to the fragrance industry. Also included are the hand-extracted fragrant bounties from the gardens of the perfumers themselves, such as peony enfleurage, Grand Duke of Tuscany jasmine sambac enfleurage, and a myriad of distillations and tinctures. To make it interesting, the perfumers were allowed only one “wildcard” aromatic from the era preceding the year 2000.

**Please visit Anya’s Garden Perfumes for a chance to win a bottle of Sweet Water or Wild Rose!**

The participating bloggers are:
All I Am – a redhead
Ça Fleure Bon (Several writers)
Donna Hathaway at the Examiner
Feminine Things
The Perfume Critic
Perfume Shrine

Expect to see giveaways and reviews on these pages soon!
*Share with link: Saturday, October 01, 2011