Historical Smells Recreated in a Library of Scents at Osmotheque USA

"To put smells in a historical context is to add a whole dimension to how we understand the world. Boston’s Back Bay, for instance, has at different times been filled with the smells of a saltwater marsh, a cesspool, horses, and car exhaust. Some smells vanish, new ones arise, and some shift in a way that tells a cultural story. The jasmine and leather notes of a Chanel perfume from 1927 help us understand the boldly androgynous women of the flapper era, just as the candied sweetness of the latest Victoria’s Secret fragrance tells us something about femininity today." 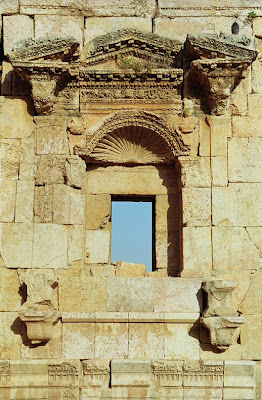 To that end Roman Kaiser, a Swiss fragrance chemist, developed "headspace" (a method in which the air around an object, usually a living flower, is analysed and the scent recreated in the lab afterwards) while Christopher Brosius (of CB I Hate Perfume and formerly Demeter Library of Fragrances) has used that headspace technique to recreate more imaginative smells, such as fur coats or worn paperbacks. Others have made this an organized goal in the form of an archive, a veritable library of scents to speak, such as the Osmothèque, headquartered in Versailles, France, which keeps a collection of historically important perfumes, in their original formulas, chilled in aluminum flasks in argon, an inert gas that won’t react with the perfumes like oxygen does, helping them stay stable over time. "Laudamiel is currently spearheading an effort to bring some of these perfumes to New York City, and has created an Academy of Perfumery and Aromatics that will represent the Osmotheque in the United States."

Christophe Laudamiel, a renowened French perfumer who has a daring approach to fragrance and was responsible for the re-enactment of the smelly scenes of the novel Das Parfum (which materialised into a collector's coffret for Thierry Mugler),  is taking advantage of recent breakthroughs in historical exploration for his curating the US-based "library of scents", such as having McHugh of Harvard Universiaty turning on his list of detailed formulas of perfumes and incense encountered in Sanskrit texts; often to intriguing results, as the wealthy Brahmins who took notes on those scents described them in positive and occasionally in negative light. For instance, one of the fragrances Laudamiel has reconstructed contains notes of clarified butter, milk, mango blossoms, honey and sandalwood, while another reeks of rotting flesh, smoke, alcohol and garlic!

Perhaps the greatest challenge lies not in recreation however, but in context: How the people of the time experienced those smells, rather than how they smell to us today, as evidenced by the somewhat lacking recreation of smells in the Jorvik Viking Center in York, England, which takes visitors into the experience of smelling a fish market or a Viking latrine. The challenge of integrating the historical experience into smell recreations is what lies ahead.

data/quotes from Courtney Humphries "A whiff of History" in Boston.com. Read it in its entirety here.