How Far Can One's Allegiance to a Brand Go? (vis a vis the Galliano Incident)

Last week's fashion news involved drunken stupor, brawl fights and a surprising revival of what we had deemed long forgotten past in the form of a "I Love Hitler" video captured on cell phone. The protagonist of all was fashion designer and formerly head designer for Dior, John Galliano who hurled anti-Semitic slurs on a Parisian outing, obviously under the influence of heavy liquor. The news traveled with the speed of lightning, Dior (LVMH actually) fired him and Galliano issued a non-apology apology. 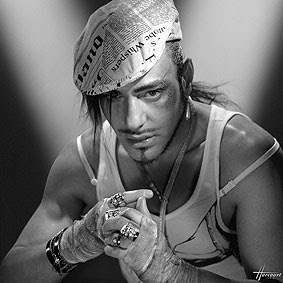 Like reported on RealBeauty.com "Newsworthy events like these can, for better or worse, impact the way people view brands and celebrities. Many were impressed with the haste with which these songbirds and Galliano’s business partners distanced themselves from their entangled alliances". (Interesting correlation made, go read it)

“Since its founding by Monsieur Dior, the House of Christian Dior has lived an extraordinary and wonderful story and has had the honor of embodying France’s image, and its values, all around the world. What has happened over the last week has been a terrible and wrenching ordeal to us all. It has been deeply painful to see the Dior name associated with the disgraceful statements attributed to its designer, however brilliant he may be. Such statements are intolerable because of our collective duty to never forget the Holocaust and its victims, and because of the respect for human dignity that is owed to each person and to all peoples. These statements have deeply shocked and saddened all at Dior who give body and soul to their work, and it is particularly painful that they came from someone so admired for his remarkable creative talent.”

I hate to break this to them, but there is some sketchy past in the house of Dior...

The crux of the matter remains: Where does that thin line between artist and public figure begin and end? When Woody Allen rocked the celebrity circuit and raised outcry with his admitting of being in love with Soon Yi Previn, things were different: Not only was Soon Yi not his adopted daughter (the adoption papers were in Mia Farrow's name), what most people missed was the fact that the two didn't even live in the same house! Woody and Mia never really shared apartments, instead choosing to each having their own. Plus the motive was love.
Art redeems, or rather, the artist can be brilliant in his art, although flawed in his human being comportment: When homosexuality was considered a "flaw" how many nowadays revered artists (from the Great Masters of painting down to classical music) would be outcasts in their societies?
Racial slur and hate however is something completely different. Different because it perpetuates that which art is supposed to suppress and man-handle: the beast in us.

Even Jean Paul Guerlain, an old guard veteran, rocked waters a little while ago, when his quote on working on the Guerlain classic Samsara, apparently hinted at his not believing in blacks slavery being that harsh. (catch that discussion on this link). His quote was qualitatively different because the offensive part in the press relied on a fundamental mistranslation: the N word was never actually uttered. LVMH summarily severed all ties from Jean Paul (we're not supposed to ever hear again his name in mystical relation to the creation of another new Guerlain launch...) and he publicly apologized. The incident was considered comparatively mild and put behind for digestion.

With Galliano, things are on a distinctly different path. Not only is he much younger than grandpa Jean Paul Guerlain, thus not able to claim age-related haziness, he's also in the midst of the cultural milieu that involves all races and religions of the world, all erotic persuasions and all possible human variables: fashion! If Jean Paul Gaultier, an equally formidable designer in his own right, says that Galliano's work never exhibited racism, then why is Galliano showing such an attitude in his words? And where do words end and opus begins? Where does the "do I as I say and not as I do" get in the way and mix up things? How can anyone endorse his fashions or eponymous beauty products and fragrances now without a twitch of guilt and self-loathing?
What is especially vexing is that Galliano used those epithets alongside a tirade against "ugliness" and (allegedly) bad taste in a manner that shows that the worst enemy of equality and dignity is one who has been raised on the wrong side of opportunity and who got a break thanks to his many talents. A serious pity...