Serge Lutens is as prolific as ever and this coming March 1st another fragrance will join his olfactory seraglio in the oblong export bottles: Jeux de Peau (Zø de POH) aka Skin Games, a fragrance for both genders which reportedly smells like buttered toast! (And might even include a wheat extract we're told). 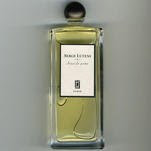 The eccentric idea of a novel gourmand (I recall the last major launch with grains notes was Simply by Clinique, although there were others) wants Serge Lutens seeking to recreate the odor of the buttered toast he enjoyed so much as a little boy! The unusual, "oriental-charred-wood scent", invites guesses as with all Lutens fragrances, while Serge himself professes in his usual controversial way, ‘Eat, for this is my body’. The Christian symbolism aside, Serge does invite personal mementos entering his fragrances which makes them all the more intriguing.
The formula like a nurturing and appetising breakfast of tartines and butter exhibits pronounced sandalwood/milky notes at the top, progressing into a "toast accord" with a few sweeter and floral facets next (reminiscent of rosewood), alongside sweeter and spicier ones such as a mix of licorice and coconut. The finish is built around a fruity touch (between apricot and osmanthus).
"It gets me back to the 'don't forget to pick up the bread on the way back from school!' At the boulangerie at the end of the road, its captivating odour and its blond and warm light, a golden moment..." says Serge. To recreate this harmony, Lutens and his perfumer have assembled dozens of essences, but also wheat and barley.

NB>I have updated with a full review of Jeux de Peau on this page. 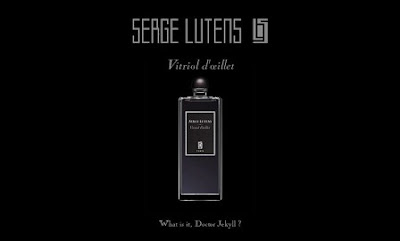 Edit to Add:
The upcoming (export) fragrance by Lutens for summer 2011 will be called Vitriol d'Oeillet (Vitriolic Carnation) and naturally will be a carnation composition (as "oeillet" means carnation in French). The moniker Vitriol alludes to some brilliantly wicked take as the one in Tubéreuse Criminelle (Please perfume gods, make it so! Not to mention I have prayed for a carnation-spiked the Lutens way for a long time...)


Thanks to reader Uella who set me on the track of trademarked names to find this before any official news broke!