Perfumers have the European Commision Irritating the Hell out of Them 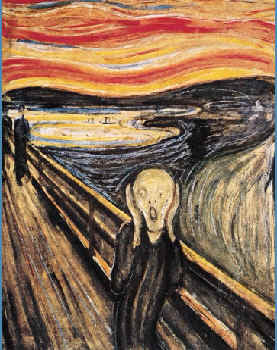 In it the matter of IFRA restrictions is rehashed with the emphasis on perfumers who are almost at the brink of a revolution (their words) because of them. IFRA, the International Fragrance Association, as you probably know if you've been following this blog, is a self-regulatory body which every June publishes a list of ingredients that have been deemed by a panel of doctors, allergiologists, specialists on envionmental matters and assorted experts as worthy of banning, restricting or heavily rationing. Based on these findings published the European Comission decides on what laws to implement for the cosmetics and perfume industry. To clarify matters on what this body is exactly I'm quoting: "The European Commission acts as an executive of the European Union. The body is responsible for proposing legislation, implementing decisions, upholding the Union's treaties and the general day-to-day running of the Union. The Commission operates as a cabinet government, with 27 Commissioners. There is one Commissioner per member state, though Commissioners are bound to represent the interests of the EU as a whole rather than their home state. [...] The Commissioners and their immediate teams are based in the Berlaymont building of Brussels". Furthermore, there is the RIFM [Research Institute for Fragrance Materials] annual report which provides info and supplements. The interesting part is all major companies are part of RIFM and IFRA, as well as every aromachemical company (and therefore their subsidiaries and bought-out smaller aroma-producing firms from Grasse etc.)
This is no laughing matter, as it proves the matter is much more complex than the much brandied about opinion that it's all about money, substituting expensive naturals for synthetic substitutes. Several synthetic substitutes are also heavily rationed, you see, and the conglomerates also control companies who are living and breathing in naturals!

Several perfumery ingredients have been banned over the years: The animalics (castoreum, real deer musk and civet) certainly have for long. (Any niche perfumer using covertly using them must be relying on old stock bought at previous decades). Heavily restricted is oakmoss (see two articles on this), Peru balsam, coumarin derivatives, fig leaf absolute and benzyl alcohol (a very common ingredient in several perfumes, classic and modern). Also rationed are geranium essence, jasmine (to extreme limits under the upcoming IFRA 44th Amendment), lavender (gosh, lavender, the 1st aromatherapy oil proposed to just about any novice), cade oil (used to render natural leather notes) and the extract from tea leaves.

That leaves the majority of classic fragrances already mutilated, which brings us to the frantic hunting of vintage specimens as long as the reserves hold. But what will happen next? When these dry up will it mean that several of the perfumes with which generations grew up will have no possible footprint in history? This is a sad and foreboding proposition, much like thinking that Galleria Uffici is vacated in lieu of posters depicting the images that were once "real". The matter is complex, as François Demachy points out that "some perfumes were developed because there were no penalised constraints". More or less it meant that perfumers were mapping territories and were free to roam however they pleased on the world of naturals and synthetics. Guerlain's Thierry Wasser laments: "Among the perfumes we sell, the oldest is over 150 years old. If some day Brussels opposes the essence of rose, what am I to do? There is rose in almost all our perfumes… It is a heritage we need to defend" adding "Jean-Paul Guerlain composed Parure for his mother. We were obliged to discontinue it because we could no longer use the ingredients necessary to produce it. It’s heart-breaking.” The French are certainly very proud of their patrimonie olfactive (olfactory heritage) and that factor might come into play if some "preservation project" gets whipped up for the safe-keeping of historical perfumes. L'Osmotheque is a perfume museum but maybe something on a larger scale with other attributes that would allow more people of different walks of life to be able to partake in this rich tradition. Maybe have some recreations of historical fragrances on display (but not sale, since they won't meet with the criteria)? Maybe devote a line of recreated perfumes in some form that doesn't come in contact with skin or gets pulverised into air? I don't how this could be implemented, I'm just thinking aloud.

The matter of restrictions poses threats to modern perfumes as well (and not only those manufactured within the European Union, because very often the licenses and the sales directive involves Europe too, the most sophisticated luxury-consuming market of them all). Sylvie Polette, the marketing vice-president of Parfums Jean-Paul Gaultier, says: “Brussels will be killing off part of the profession: We aren’t able to rebuild everything in the same manner. This will instigate research, but it translates as a real constraint.” Frédéric Appaire, international marketing manager of Paco Rabanne states: "Our palette is diminishing. This is comparable to telling a painter he’s not allowed to use red, then blue or yellow".

Luckily for us these two prominent perfumers, under the aegis of LVMH no less who oversees classic fragrance houses, Thierry Wasser, in-house perfumer of Guerlain, and François Demachy, overseesing perfumer at Parfums Dior, are quoted in what is essentially a serious reference French newspaper, Le Monde. This means something, as it was often referenced that the industry "had been caught sleeping on the wheel" when these regulatory bodies were first founded, as per the words of a renowned perfumer.
It is also perhaps of some significance that there is a strong rumour that Tony Blair, former Prime Minister of the UK, after having quit M6, will be counseling for the giant LVMH luxury house in 2010 with a monetary recompensation that will run "into the six figures" (according to British Telegraph magazine and reported across the media). His aim will be to open the luxury brands into new markets, which basically means Asia (and possibly South America), come to think of it. Blair is already a JP Morgan consultant for Chase and Zurich Financial. The move ~if to be materialized, as it is neither confirmed nor denied for now~ recalls the announcement of Claude Chirac in the direction of PPR and the more recent one of the return of Patrick Ouart, counselor to Nicolas Sarkozy, as right-hand to Bernard Arnault at LVMH.

Whatever the case might be, there is some commotion happening across the luxury industry (LVMH in particular) which might be translateable into changes that might be beneficient to us, the consumers. On the other hand, if there has been speaking up, it most certainly has been with the proviso that every single quote has been carefully monitored by headquarters, as is the usual practice. Which might defeat the purpose, indicating part of a strategy. Let's wait it out and see.

For a complete list of IFRA restricted materials click this IFRA link. And here are the materials in use as of 31 Dec.2009.

For French-reading readers, here is the Le Monde article, in its entirety.

*The idiomatic phrase, which is very a propos in French (as "nez" means nose and also perfumer) indicates a major annoyance.